Does Money Make you Happy?

Johnny Depp “ Has mentioned his battles with anxiety and depression in the past. ”

Winona Ryder “ Winona Ryder, one of the most famous actresses of the 1980s and 90s, says she had panic attacks starting at 12 and ended up in a psychiatric clinic at 19 for treatment of severe depression. ”

Mega Rich bloke out of the film “Foxcatcher” Totally mental, not happy at all, possibly because he’s Mother disapproved of his wrestling obsession 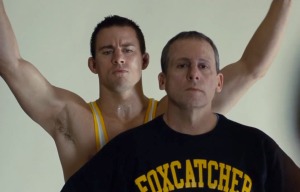 I’m not too sure what causes depression. I’ve read that it can be genetic, down to the ‘global views’ of the world that you form between the ages of 4 and 8, or even down to a high level of inflammation or low testosterone.

Not too sure, but money certainly doesn’t solve the issue. Practising gratitude, not comparing yourself/house/car/wages to others; meditation and exercise certainly help for mild depression…something I’ll research and write a post on.
Having some unconditional love from your friends and family certainly doesn’t hurt either…

‘The theory’-  is that as long as you have food, shelter, love and a few other things outlined in the picture below, you can be happy.  Obviously those people with major stress/anxiety and mental health issues are different, but for 90% of us…

99 Problems – Everyone has 3
I once over-heard somebody in work (not where I currently work); aggressively complain about the road tax on her Bentley and Range Rover.  There was genuine anger and fear in her complaint.

This has led me to conclude that no matter your income, or lifestyle, everyone has 1 ‘major’ problem that seems like the end of the world, one ‘medium’ problem that bothers them and 1 annoying, small problem.

People will actively seek out these problems, to satisfy there need to complain and be dissatisfied. Not to trivialise it at all, but if you live in Sudan, your major problem might be trying to get through the day without being shot or tortured by the LRA; your medium problem might be getting clean water that day, and the annoying problem might be the huge bloating of your stomach due to the parasites in the water you’re currently having to drink. (I don’t have an in depth knowledge of Sudan, so apologies if that’s at all inaccurate).

If you live in the UK, you’re major problem might be the neighbour’s parking, or the fact you only have a 3 bedroom house that’s not as well decorated as your friends (this is the type of problem you get when you don’t have a hobby or go out too much), your medium problem might be losing your belly fat, and you’re annoying problem might be that you can’t afford a new car – ‘First world problems’; with no perspective. This should help your perspective a little:

Think about it…this is why the old lady at the supermarket gets absolutely mental when the shop assistant won’t accept her coupons.  She probably has shitty grandkids that never visit and ‘busy’ adult children who can’t spare 30 mins a week to have a cup of tea and a chat.  All the lady has is her coupons.  That’s her major thing, and now they’re refused, they’re her major problem.

Same with some rich people, all other potential problems are eliminated by money, so they find something else…wanting a new house, finding faults with their spouse or kids that aren’t really there…when really, they have all they need to be happy.

Apparently this quote is ‘fake’ (ie not from the main man Buddha) but it’s still cool and relevant. Stop ‘wanting’, start showing gratitude

MMA, Fitness & Marketing enthusiast from North Wales, UK. A Stoic Hippy with no hair. Not to boast but - 1st Class Degree in Sports Science from Loughborough, MSc in Nutrition from the University of Liverpool. 20 years experience of weight & fitness training.
View all posts by Drew →
This entry was posted in Musings and tagged anxiety, depression, mental health, money. Bookmark the permalink.