The first 10 patients who have utilized this program include patients with memory loss associated with Alzheimer’s disease (AD), amnestic mild cognitive impairment (aMCI), or subjective cognitive impairment (SCI). Nine of the 10 displayed subjective or objective improvement in cognition beginning within 3-6 months, with the one failure being a patient with very late stage AD.

Interventions differed slightly, but this is one example:

1) she eliminated all simple carbohydrates, leading to a weight loss of 20 pounds; (2) she eliminated gluten and processed food from her diet, and increased vegetables, fruits, and non-farmed fish; (3) in order to reduce stress, she began yoga, and ultimately became a yoga instructor; (4) as a second measure to reduce the stress of her job, she began to meditate for 20 minutes twice per day; (5) she took melatonin 0.5mg po qhs; (6) she increased her sleep from 4-5 hours per night to 7-8 hours per night; (7) she took methylcobalamin 1mg each day; (8) she took vitamin D3 2000IU each day; (9) she took fish oil 2000mg each day; (10) she took CoQ10 200mg each day; (11) she optimized her oral hygiene using an electric flosser and electric toothbrush; (12) following discussion with her primary care provider, she reinstated HRT (hormone replacement therapy) that had been discontinued following the WHI report in 2002; (13) she fasted for a minimum of 12 hours between dinner and breakfast, and for a minimum of three hours between dinner and bedtime; (14) she exercised for a minimum of 30 minutes, 4-6 days per week. 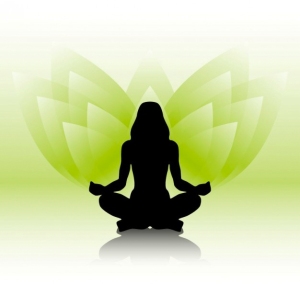 And this is another example:

The patient began on the following parts of the overall therapeutic system: (1) he fasted for a minimum of three hours between dinner and bedtime, and for a minimum of 12 hours between dinner and breakfast; (2) he eliminated simple carbohydrates and processed foods from his diet; (3) he increased consumption of vegetables and fruits, and limited consumption of fish to non-farmed, and meat to occasional grass-fed beef or organic chicken; (4) he took probiotics; (5) he took coconut oil i tsp bid; (6) he exercised strenuously, swimming 3-4 times per week, cycling twice per week, and running once per week; (7) he took melatonin 0.5mg po qhs, and tried to sleep as close to 8 hours per night as his schedule would allow; (8) he took herbs Bacopa monniera 250mg, Ashwagandha 500mg, and turmeric 400mg each day; (9) he took methylcobalamin 1mg, methyltetrahydrofolate 0.8mg, and pyridoxine-5-phosphate 50mg each day; (10) he took citicoline 500mg po bid; (11) he took vitamin C 1g per day, vitamin D3 5000IU per day, vitamin E 400IU per day, CoQ10 200mg per day, Zn picolinate 50mg per day, and α-lipoic acid 100mg per day; (12) he took DHA (docosahexaenoic acid) 320mg and EPA (eicosapentaenoic acid) 180mg per day.

EPA and DHA are found in fish oil/omega 3. 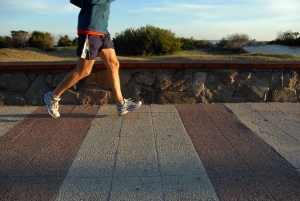 MMA, Fitness & Marketing enthusiast from North Wales, UK. A Stoic Hippy with no hair. Not to boast but - 1st Class Degree in Sports Science from Loughborough, MSc in Nutrition from the University of Liverpool. 20 years experience of weight & fitness training.
View all posts by Drew →
This entry was posted in Nutrition and tagged adaptogens, Alzheimer's, nootropics. Bookmark the permalink.