Why I Love Jeremy Corbyn

Now, the reason that I like to blog about stuff is simple – many people won’t actually let you have an opinion on anything, unless it agrees with their own.  Opinions become extensions of egos, and rather than having a debate or discussion about an issue, people get emotional and even aggressive about their point of view, somehow thinking that shouting the loudest makes them right. 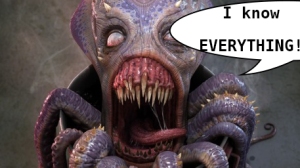 Every man aged over 40

There’s nothing more effective for catalysing the change of a normal human, into an acid spitting, fire breathing, mega-aggressive, opinionated monster; than the subject of politics.  Even though, most people (including myself) are not very well versed or read in the subject.  Even more rare are people that have ‘primary evidence’ or experience to back up their opinions, in the worst cases, their opinions are based on what they read in the papers. You know, the same papers that hacked the phones of fallen soldiers relatives, and then slate J.C. for not being patriotic.

Onto the reasons why I like the man, or what I’ve read about him anyway…

He seems to see everyone as equal & he’s not a brain-dead Nationalist
I’m guessing that’s the reason he didn’t sing ‘God save the Queen’.  Think about it, how was singing about saving one privileged person, appropriate at the time?   Question these things, don’t be a slave to cognitive dissonance and emotional, rather than logical reasoning.

What does it mean to be a nationalist anyway?  If you sing the national anthem, observe the 2 minute silence, then go back for the rest of the year to being a selfish, inconsiderate person, who hates every other country in the EU, then are you really contributing to the good of the country?
What if you don’t choose to sing the national anthem, but the rest of the time, you are courteous, helpful and really nice to everyone. Moreover, what if you conduct yourself in a courteous manner when abroad, rather than get drunk and throw up on the locals’ high street at 12pm – aren’t you serving your country in a much more practical way?

I’m off on a tangent here, but your typical Britain First fan for example, is normally very patriotic, but also a thug & general sh!thouse who blackens the name of the UK.  J.C. appears to be a mild mannered, sincere man; who treats everyone (including Jonathan Foreigner) with respect.  I know who I’d rather be associated with as a British citizen.

J.C. also didn’t turn up for the start of the Rugby World Cup, because he had already made a commitment to speak to people with housing issues.  He also attended a small protest at Arsenal, regarding paying staff the living wage. He’s more bothered with helping normal people out, than he is attending events for the sake of publicity etc.

He Raises Important Issues
Don’t really want to go into this too much, as it’s a bit of a hot topic at the moment, but if terrorism is the country’s biggest threat in terms of security, is it really a good idea to have nuclear war heads near a residential area in Scotland?
Something Sir Nicholas Houghton failed to mention…how dare J.C. dare criticise him? – again because he sees everyone as equal – he doesn’t appear to tailor his approach to people of different background and status. Which I think is refreshing – I’ve been in some places where the way you get treated is directly related to how much money you earn and how much influence/power you have etc. “what’s the point in being nice to a poor person who can’t further your career?”

He doesn’t give a f*ck what people think
Well, I’m sure he does, but he’s got some boll*cks.  I’d probably have reluctantly sung the national anthem, and turned up to the start of the world cup, just to avoid a tonne of criticism.  J.C. doesn’t seem to fussed about that, and just does what he sees as right.

I’m not saying he’d make a good PM, nor do I have an aggressive opinion about the man, as I only know what bits I’ve read and see on TV.  Also; I do have some slightly right wing views on some topics (e.g. I think that DLA and JSA should be paid in vouchers or directly to cover living expenses).  But I do think some of the criticism he gets, especially off newspapers, is unjust and very manipulative.

He Refuses to turn into an Argument Monster (see the first picture above)
Again, from what little I’ve seen and heard, he won’t join in with the ‘rah rah’ arguments against the Conservatives, but somehow still puts his point across well.

If you have a different point of view, please share it, without being too aggressive about it….

MMA, Fitness & Marketing enthusiast from North Wales, UK. A Stoic Hippy with no hair. Not to boast but - 1st Class Degree in Sports Science from Loughborough, MSc in Nutrition from the University of Liverpool. 20 years experience of weight & fitness training.
View all posts by Drew →
This entry was posted in Musings and tagged jeremy corbyn, labour, nationalism, politics. Bookmark the permalink.