Potential Use of Herbs in Sports Nutrition

Interestingly, there appears to be lots of evidence regarding different herbs, and their ability to enhance physical performance.

I’m surprised nobody has mustered up an organic recovery formula, or pre-workout that’s actually quite ‘good’ for you. And marketed as such.  With lots of beefcakes on the packaging.

Ginkgo Biloba has also be shown to be a powerful antioxidant (Huang et al., 2004; Ilhan et al., 2004) and there are a number of studies, stating that it enhances cognitive functioning, at higher dosages – 240mg or greater in healthy individuals.
Cognitive functioning of course, being of value in most sports. 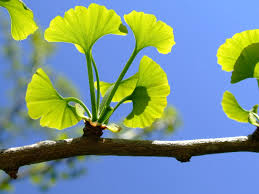 surprisingly, there seems to be a lack of research supporting the use of ginseng to enhance exercise performance.

Update – there is some research on Panax Ginseng improving endurance
http://www.nutritionexpress.com/article+index/authors/edmund+r+burke+phd/showarticle.aspx?articleid=91

MMA, Fitness & Marketing enthusiast from North Wales, UK. A Stoic Hippy with no hair. Not to boast but - 1st Class Degree in Sports Science from Loughborough, MSc in Nutrition from the University of Liverpool. 20 years experience of weight & fitness training.
View all posts by Drew →
This entry was posted in MMA, Nutrition and tagged ashwaganda, ginkgo, herbs. Bookmark the permalink.