People are always complaining about chavs, and how the new underclass (as opposed to the working class of years gone past), are doing this, that and the other.
There’s a few things we should all consider before judging:

– If I was brought up in the same area, with the same parents, with the same lack of opportunities, amongst the same friends, in the same school, I would probably have turned out exactly the same. People aren’t inherently bad, they’re not born to be on the dole; they’re shaped by their surroundings.
– If you shove programmes like TOWIE and Made in Chelsea down people’s throats, and have marketing messages, tell us we need the latest phone, clothes and trainers to be cool. People are going to desire material wealth and possessions. Next take away people’s opportunities to better themselves through education by making it 8k a year to go to university, and what do you get?  Angry, disillusioned people, who may or may not break the law and steal to get the things they’re told they need.
If you see untalented people, who don’t appear to work particularly hard – like those on TOWIE; having more money and more ‘things’ than sense; it’s only natural that you’ll desire the same. When you’re not able to get the same wealth for minimal effort, you either give up, or get angry:

– The upper classes act equally badly. Look at this bellend, for example: 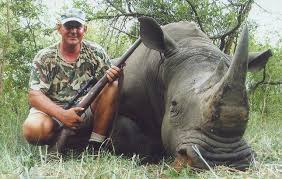 and as for the benefits class costing us so much; it’s nothing compared to the tax avoided by the upper classes, and especially the big corporations.  Look into the “double Irish Arrangement” for example.

I can’t be sure if it’s true, but I’ve read on several different websites, that the amount of tax avoided by corporations is anywhere from 3 times, to 6 times the amount that benefits cost the tax payer. WE SHOULD ALL BE DOING SOMETHING ABOUT IT!

back to the benefits ‘scum’:

– Drug addicts – it’s not always their fault.  Again, if we were to spend time with the same people etc. we could have ended up the same.  But consider this – A friend of the family once told me, that his 14 year old granddaughter was given heroin to try, for free, by the local drug dealer.  What drug dealers often do – is give drugs for free to naive children; get them addicted, and then start charging them.
So if anything, hate the drug dealers, not the victims.  Why are drug dealers so evil? Because they are brainwashed by marketing and want all the material possessions that they see on the TV; which in turn attracts more materialistic people and ‘friends’ and women.

Never judge, if we are not like them, it normally means we are lucky, and have had decent parents or role models.

Besides, if you’re so superior, shouldn’t you be reading or at least be watching Mars One on BBC 2?

MMA, Fitness & Marketing enthusiast from North Wales, UK. A Stoic Hippy with no hair. Not to boast but - 1st Class Degree in Sports Science from Loughborough, MSc in Nutrition from the University of Liverpool. 20 years experience of weight & fitness training.
View all posts by Drew →
This entry was posted in Uncategorized. Bookmark the permalink.